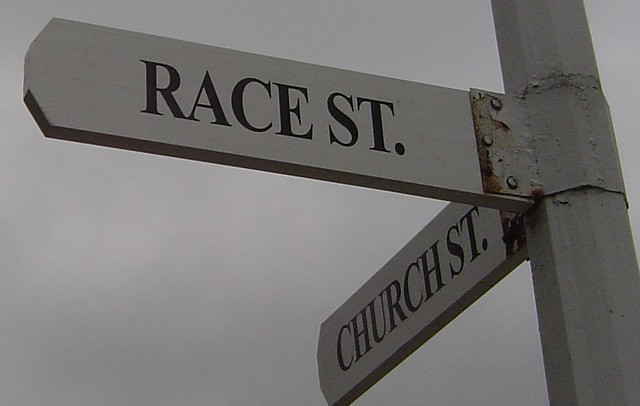 Prayer of the Day: Gracious God, your blessed Son came down from heaven to be the true bread that gives life to the world. Give us this bread always, that he may live in us and we in him, and that, strengthened by this food, we may live as his body in the world, through Jesus Christ, our Savior and Lord.

“So then, putting away falsehood, let all of us speak the truth to our neighbors, for we are members of one another.” Ephesians 4:25.

When I was a teenager, the Vietnam war was raging. So was the national public conversation over the merits of that war. I heard it over the radio, on TV, in the barber shop and at my table in the high school cafeteria. That conversation was always passionate, frequently heated and sometimes less than civil. But it was everywhere. Everywhere, that is, except in our church. There were reasons for that, of course. We had families whose sons were serving in Vietnam. We had families whose children were actively involved in the resistance to the war. Our church, like all others, was sustained by longstanding relationships of love and mutual respect. The war constituted a threat to that unity in the Body of Christ. It was the third rail we all took care to avoid, talking around it and over it but never about it.

At the time, it seemed like a sensible strategy. After all, there were plenty of venues for talking politics. Why not let the church be that one place where all the political opinions, ideologies and crusades that divide us are left outside? Why not acknowledge that there are, after all, people of good will on both sides of issues like these and simply agree to disagree-at least for an hour on Sunday? Isn’t our unity in Christ bigger than the temporal issues that divide us? Shouldn’t the church be that one place where we can rise above all of the divisiveness that plagues the rest of our society?

As much surface appeal as this argument might have, the apostle is having none of it. His admonition is to put off falsehood and tell the truth-and not just the truth that is comforting and uncontroversial. Disciples of Jesus owe one another the truth-even when it hurts. After all, how can the good news of Jesus Christ heal us if we won’t let it come near to our deepest wounds? How can a community be truly united as long as its divisions remain undiagnosed, untreated and festering under the surface? There can be no genuine unity in Christ as long as painful truths remain unspoken. What unity there may be is but a brittle façade just one unguarded moment away from shattering.

There is no more troubling and painful truth confronting the American church today than that of its own racism. Despite what I believe are genuine and heartfelt expressions of repentance for our participation in and complicity with our country’s sad legacy of slavery, oppression and segregation put forth by our mainline churches, the harsh truth is that Sunday morning remains the most segregated hour of any given week. Moreover, whatever our denominational leaders are saying, our rank and file continue, at best, to retain a “blind spot” when it comes to recognizing systemic racism. At worst, we are experiencing in our midst and with increasing frequency a resurgence of the ugliest expressions of racial hatred and intolerance.

As I have said before, the one positive contribution of the Trump administration to date is its exposure of the deep seated fear and suspicion with which white folk regard people of color in general and African Americans in particular. The 2016 campaign has laid bare the pillars of systemic racism that permeates our government, our work places and our educational institutions. We are not, some people proudly proclaimed with the election of Barak Obama in 2008, a “post racial society.” We remain a nation that favors the privileged position of white people, white men in particular at the expense of all others. None have experienced more deeply and destructively the receiving end of all this than black Americans. The consequences of more than two and a half centuries of slavery, segregation and racial terrorism are brutally clear. According to Laura Shin of Forbs Magazine, the average white household possesses 16 times the wealth owned by the average black family. The incarceration rate for black Americans is six times higher than for white people. Access to adequate health care, good schools and affordable housing is too often severely limited in black communities. So too are opportunities for higher education and employment.

In the face of these brutal realities, we are tempted to take comfort in falsehoods. “Slavery has been over for more than a century. Nobody living to day can claim to have been harmed by it and on one living today is responsible for it.” “The civil rights movement ended segregation. So now everyone is playing on a level field.”  “Black people have no one to blame but themselves for the state of their own communities. They need to quit playing the victim and pull themselves up by their own bootstraps.” “Hey, we elected a black president, didn’t we? That proves the race thing is over.” These expressions are all to common within the churches I have held membership and served over the years. They are not as obviously abrasive as some of the more vulgar assertions of racial hate that have gained currency in our cultural landscape of late. But they are, for that reason, even more insidious. They allow us to avoid the hard and truthful conversations we need to have within the Body of Christ if we are going to become that one, holy, catholic and apostolic church we claim to be.

So where do we go from here? As a white male and beneficiary of systemic racism, I am hardly in a position to proscribe comprehensive solutions to that evil. Nonetheless, we all have to start somewhere. I believe that the best first step white folk like myself can take is to assure our African American neighbors that we believe them. We need to say clearly and unambiguously, “I believe your stories of brutalization at the hands of police. I believe you when you tell me of the regular indignities and slights you experience in going about your daily business at the grocery store, in the restaurant and at work. I believe that your experiences are real.” In other words, we need to put aside all of the old falsehoods and begin to acknowledge and speak the truth.

Of course, before we can do even that we need to learn the truth. In order to do that, we need to be listening to the stories of our non-white neighbors with a compassionate ear and without judgment or defensiveness. That is not easy, because we are bound to learn some truths difficult to hear.  It’s hard to “shut up and listen” when every bone in your body wants to argue, defend and explain. But until we can do at least that, we cannot hope to move in the direction of healing and reconciliation, much less move the world closer to justice.

Here is one hard and truthful story told by poet and author Kwame Dawes.

I got one part of it. Sell them watermelons and get me another part. Get Bernice to sell that piano and I’ll have the third part.—August Wilson

We who gave, owned nothing,
learned the value of dirt, how
a man or a woman can stand
among the unruly growth,
look far into its limits,
a place of stone and entanglements,
and suddenly understand
the meaning of a name, a deed,
a currency of personhood.
Here, where we have labored
for another man’s gain, if it is fine
to own dirt and stone, it is
fine to have a plot where
a body may be planted to rot.
We who have built only
that which others have owned
learn the ritual of trees,
the rites of fruit picked
and eaten, the pleasures
of ownership. We who
have fled with sword
at our backs know the things
they have stolen from us, and we
will walk naked and filthy
into the open field knowing
only that this piece of dirt,
this expanse of nothing,
is the earnest of our faith
in the idea of tomorrow.
We will sell our bones
for a piece of dirt,
we will build new tribes
and plant new seeds
and bury our bones in our dirt.

Kwame Dawes was born in Ghana in 1962, but he spent most of his childhood in Jamaica. He subsequently emigrated to Canada and came eventually to the United States. From 1992 to 2012 he taught at the University of South Carolina as a Professor in English, Distinguished Poet in Residence, Director of the South Carolina Poetry Initiative, and Director of the USC Arts Institute. He is currently the editor of Prairie Schooner and Chancellor’s Professor of English at the University of Nebraska. He is the author of numerous books and poetry collections. You can sample more poetry by Kwame Dawes at the Poetry Foundation Website.

3 thoughts on “Putting Away Falsehood and Speaking the Truth”