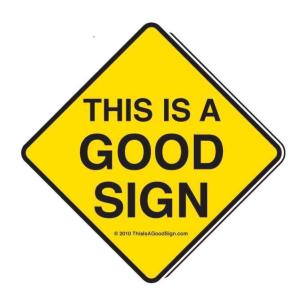 Prayer of the Day: Stir up the wills of all who look to you, Lord God, and strengthen our faith in your coming, that, transformed by grace, we may walk in your way; through Jesus Christ, our Savior and Lord, who lives and reigns with you and the Holy Spirit, one God, now and forever.

John the Baptizer is in a bad place. Sitting in Herod’s dungeon with no prospect for release and, as we know, soon to lose his head, things are looking pretty dark. The coming of God’s servant to baptize with the Holy Spirit and fire failed to materialize as John had announced. The mountains of oppression remain as high as ever and the valleys of suffering too deep to plumb. John must be wondering whether the prophetic word he received and preached was not, after all, a delusion. Perhaps he had been mistaken about Jesus, whose ministry thus far has failed to dislodge corruption, oppression and violence in order to make way for God’s coming reign. Maybe he had been wrong about everything. Perhaps the way things are is the way they always will be and, in the words of a presidential chief of staff, we just have to “get over it.” Out of this dark place comes the question posed to Jesus: “Are you the one who is to come, or are we to wait for another?” Matthew 11:3.

Jesus does not answer John’s question. He gives John something better than an answer. He gives John a sign. “Go and tell John what you hear and see: the blind receive their sight, the lame walk, the lepers are cleansed, the deaf hear, the dead are raised, and the poor have good news brought to them.” Matthew 11:4-5. These tidings didn’t break down the doors of Herod’s prison or put even a dent in the tyranny of Rome. But perhaps they were just enough good news to crack open the darkness of John’s despairing mood and ignite in his soul a tentative hope. Often, a sign is just enough to make all the difference.

Our psalmody is Mary’s jubilant song celebrating God’s victory over violence, tyranny and injustice. Note well that Mary is in a particularly vulnerable spot just now. Her people are living under military occupation. She finds herself pregnant and unmarried in a highly patriarchal culture. Mary’s circumstances provide a striking contrast to her bold declaration that the promised reign of God has broken in to set right the inequities and injustice under which she is living. Yet if we go back a few verses, I believe we will discover the “sign” that set in motion this lyrical hymn of victory.

We read that Mary, upon learning of her pregnancy, goes to visit Elizabeth who is herself pregnant with none other than John the Baptizer. No sooner does Mary arrive at Elizabeth’s doorstep than the baby in Elizabeth’s womb turns, evoking her well known declaration: “Blessed are you among women, and blessed is the fruit of your womb. And why has this happened to me, that the mother of my Lord comes to me? For as soon as I heard the sound of your greeting, the child in my womb lept for joy. And blessed is she who believed that there would be a fulfillment of what was spoken to her by the Lord.”  Luke 1:42-45. Just as Jesus’ message brought light and hope to John in Herod’s dungeon, so John’s joyful in utero dance brought inspiration to the mother of our Lord for what we know as her Magnificat.

I have never been in circumstances as dire as those of John and Mary. But I’ve had days when it seemed like the church I was serving was coming apart at the seams; days when it seems like nobody in the church had the faintest idea what we are doing or why; days when petty personal disputes and inconsequential controversies sucked all the oxygen out of the congregation; and days when it seemed as though nothing I did made a damn bit of difference. It was on one of those days that I was passing through the hall of the nursery-kindergarten school my church operates. I heard the sound of several little voices singing a song entitled “Seek ye First the Kingdom of God,” a song I had taught the children in chapel just a few weeks ago. The singing swelled as the pre-kindergarten class came down the stairs. The teacher smiled at me and shrugged. “They just started singing. I have no idea how it got started.” All I could manage to say is, “Thanks everybody. You have no idea how much I needed that!”

Signs are not capable of creating or sustaining faith. Many people ended up rejecting Jesus in spite of having witnessed the signs he performed. Furthermore, Jesus makes clear on more than one occasion that signs are not an entitlement. e.g., Mark 8:11-12. We have no right to demand divine confirmation ensuring that we are on the right track every step of the way. Yet we can pray for eyes to see signs and ears to hear them when they do come our way.

God in God’s mercy often sends signs just when they are most needed. There is a remarkable episode from the The Two Towers, the second volume in J.R. Tolken’s Lord of the Rings, illustrating the point. Protagonist Frodo and his servant, Sam, have embarked upon an impossible mission in the dark land of Mordor. Against all odds, they must transverse a ruined landscape occupied by fierce enemies to destroy a ring whose powers threaten the very fabric of their world. Wearied and nearly broken by their journey, the two come upon the ruined statue of a once great king that has been broken and defiled by enemy forces. It looks at first blush like one more illustration of the enemy’s triumph. But then-a sign.

“Suddenly, caught by the level beams, Frodo saw the old king’s head: it was lying rolled away by the roadside. ‘Look, Sam!’ he cried, startled into speech. ‘Look! The king has got a crown again!’ The eyes were hollow and the carven beard was broken, but about the high stern forehead there was a coronal of silver and gold. A trailing plant with flowers like small white stars had bound itself across the brows as if in reverence for the fallen king, and in the crevices of his stony hair yellow stonecrop gleamed. ‘They cannot conquer forever!’ said Frodo. And then suddenly the brief glimpse was gone. The Sun dipped and vanished, and as if at the shuttering of a lamp, black night fell.” Tolken, J.R.R., The Two Towers, (HarperCollins e-books) p. 919.

The gospel does not tell us how John the Baptizer responded to Jesus’ message about his healing the blind, the lame, the lepers, the deaf and his raising the dead and preaching good news for the poor. But I would like to think that it brought a smile to John and caused him to remark to himself, “they can’t conquer forever!”

Here is a poem by Alan Brilliant illustrating the promise of signs and the loss incurred by ignoring them.

I am searching now for signs and wonders
Which, when younger, I might have had
For nothing, nothing at all, but which,
When older, I threw, despised, in the street-
Things of little value, spurned by the stupid.
What were these things? The works that
Embody and in their time transform
All poets destined for great singing
When, in their maturity, the pluck up the pearl
Lodged and nourished in the treasure of the heart.
But, for me, cursed with sloth
There will be no art
No enameled bird, no cup, no forge.
When, in my youth, I heard the clamor
Of the mob and was afraid, I turned and ran
And since that time am unmanned.
Oh, I did not betray a gift, an artifact
But only what was me and mine.
Instead of winding the golden thread
Up in a ball and following
Until the tall trees and blood-red fruit
Screamed Paradise I examined and searched
Pretending I needed more: “I need more time,”
I said. And, stooping, bowed the head
To look in mud and in that mod
Lies the pearl but it is long gone.

Source: Poetry, (1969). Alan Brilliant (b. 1936) is the founder of Unicorn Press in Santa Barbara, California for which he served as Director. He was married to Teo Savory, who both wrote for and assisted in the editing operations of Unicorn. Brilliant was a good friend and collaborator with Thomas Merton, a Trappist monk and author of the spiritual autobiography, The Seven Story Mountain and the well known New Seeds of Contemplation.