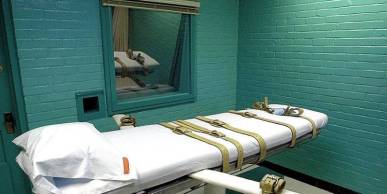 Prayer of the Day: O God, by the passion of your blessed Son you made an instrument of shameful death to be for us the means of life. Grant us so to glory in the cross of Christ that we may gladly suffer shame and loss for the sake of your Son, Jesus Christ our Savior and Lord, who lives and reigns with you and the Holy Spirit, one God, now and forever.

“If any want to become my followers, let them deny themselves and take up their cross and follow me.” Mark 8:34.

I would be more than rich if I had a dime for every time I’ve heard these words of Jesus employed metaphorically. The term “bearing one’s cross” has been used to describe the annoyance of dealing with disagreeable co-workers, getting along with a bothersome neighbor, aches and pains that accompany old age, a streak of bad luck and just about every other uncomfortable or inconvenient circumstance one might encounter. I am not making light of these afflictions. Life deals some of us more than our share of tragic and undeserved body blows. Some of us bear up under those blows with grace, courage and dignity. Yet as admirable as that surely is, it isn’t the same as taking up the cross of Christ.

In the gospels, the cross is not a metaphor. It is the way in which Jesus actually died. Jesus’ death was not a tragic accident, a miscarriage of justice or even a noble sacrifice made in the service of a lofty principle or ideal. His death was the expected and, one might say, inevitable consequence of the life he lived. Jesus lived fully under the reign of God he proclaimed, a reign of bread, shelter and dignity for all, especially those regarded as “the least.” That life put him on a collision course with the reign of Caesar, the only Lord Rome recognized. All who claimed that title for Jesus risked bearing the cross Jesus bore-and not in any metaphorical sense.

Sadly and with the church’s blessing, the cross has become a benign symbol with no more content than a heart or a shamrock. Seeing it suspended on slim gold chains, adorned with jewels and worn with everything from dungarees to formal attire, one would never guess that the cross is actually an instrument of torture and execution. Can you imagine anyone wearing the replica of a hangman’s noose on a gold chain around their neck? To call that an exercise in extremely poor taste would be an understatement. Yet Jesus’s call is for his disciples not merely to wear the cross on their lapels, but to hang on it.

Our gospel lesson reminds us that we follow a Lord who was tried as a criminal, found guilty in a court of law and executed by state authorities. It was not criminals, terrorists or foreign enemies that killed Jesus. Jesus was prosecuted by religious people who thought they were doing their duty, sentenced to death by a Roman governor in the interest of preserving the peace and executed by soldiers who were merely following orders. Jesus spent his final hours in the company of two fellow convicts under the same sentence of death. These two anonymous death eligible convicts held the honor James and John so coveted, namely, being present at Jesus’ right and left at his coming in glory. The cross is what glory looks like in a sinful world.

The United States Government began the new year by executing three people, one woman and two men, within days of each other. In the prior year, the federal government executed eight people. This federal killing spree was orchestrated by former Attorney General William Barr who, in the Summer of 2019, issued guidelines for the resumption of capital punishment under federal law following a hiatus stemming back to 2003. I understand, of course, that these inmates were tried and found guilty of particularly heinous crimes. I also know that the number of convicted felons killed by the state pales in comparison with the thousands dying each day from starvation, exposure and disease due to poverty, injustice and violence of various kinds. Should we not be focused on these many innocent victims rather than the few who brought the sentence of death upon themselves?

Evidently, Jesus does not buy into that logic. He makes his final stand on death row and dies along with his fellow convicts under the requirements of the law. In so doing, he demonstrates the limitations of law and the frailty of those who administer it. If those who write the laws, those who interpret the laws and those who carry out the requirements of the laws are capable of killing God’s only begotten Son-all perfectly legally-then we have to ask ourselves whether the law can ever be trusted to impose justly a sentence of death.

We know for a fact that the death sentence falls disproportionately upon the poor, people of color and people lacking in education. We also know that shoplifters often end up doing time, whereas investment bankers whose unbridled greed led to the ruination of millions in 2008, government officials whose policies separated migrant children from their families and special operations soldiers who murdered civilians faced no criminal consequences because, as evil and destructive as their acts were, they evidently did not break any laws. The law, being a human creation, is capable only of regulating imperfectly outward conduct of the most extreme type. It is an instrument far too fallible and far too blunt for dissecting each individual case and determining who is particularly deserving of the ultimate penalty.

In the final Christological analysis, we can only conclude that imposition of death as a penalty for any crime constitutes overreaching on our part. Taking up the cross means, perhaps more than anything else, standing between those condemned to death by the state and the machinery of any government that would carry out such sentence. There are many arguments that could be made for opposing the death penalty. But the one simple reason disciples of Jesus must stand with those sentenced to die is that this is where we find Jesus standing.

Here is a poetic account of the plea for remembrance by one of the criminals crucified with Jesus.

“Remember me” implored the Thief!

“Remember me” implored the Thief!
Oh Hospitality!
My Guest “Today in Paradise”
I give thee guaranty.

That Courtesy will fair remain
When the Delight is Dust
With which we cite this mightiest case
Of compensated Trust.

Of all we are allowed to hope
But Affidavit stands
That this was due where most we fear
Be unexpected Friends.

Source: The Poems of Emily Dickinson: Reading Edition, (c. 1999 by the President and Fellows of Harvard College; edited by Ralph W. Franklin, ed., Cambridge, Mass.) Emily Dickinson (1830-1866) is indisputably one of America’s greatest and most original poets. Born in Amherst, Massachusetts, she attended a one-room primary school in that town and went on to Amherst Academy, the school out of which Amherst College grew. In the fall of 1847 Dickinson entered Mount Holyoke Female Seminary where students were divided into three categories: those who were “established Christians,” those who “expressed hope,” and those who were “without hope.” Emily, along with thirty other classmates, found herself in the latter category. Though often characterized a “recluse,” Dickinson kept up with numerous correspondents, family members and teachers throughout her lifetime. You can find out more about Emily Dickinson and sample more of her poetry at the Poetry Foundation website.