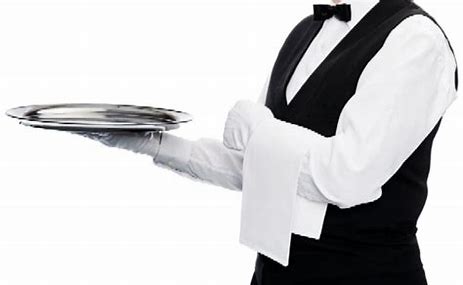 Prayer of the Day: Sovereign God, you turn your greatness into goodness for all the peoples on earth. Shape us into willing servants of your kingdom, and make us desire always and only your will, through Jesus Christ, our Savior and Lord.

“So Jesus called them and said to them, ‘You know that among the Gentiles those whom they recognize as their rulers lord it over them, and their great ones are tyrants over them. But it is not so among you; but whoever wishes to become great among you must be your servant, and whoever wishes to be first among you must be slave of all. For the Son of Man came not to be served but to serve, and to give his life a ransom for many.’” Mark 10:42-45

Humility is perhaps the most misunderstood of virtues, being frequently confused with humiliation. Though both words are derived from the same root, they each represent quite different concepts. Humiliation is an act of violence committed by one person against another. To humiliate someone is to degrade and embarrass him/her. It consists in using verbal abuse, peer pressure or perhaps even physical assault to put someone else into what you believe to be their proper place. Humiliation is the means by which one’s privileged position within the hierarchy of the status quo is preserved. It is hard at work in the heart of racism, sexism, nationalism and gender bias. Sadly, it is now the weapon of choice in the realm of so much of our political and religious discourse.

Humility, by contrast, is a habit of the heart. A humble person seeks his/her place without regard to where that place might be in any sort of hierarchy. S/he does not necessarily lack ambition. Rather, his/her ambition is focused on his/her calling to be of service to the neighbor. Whether such service takes the form of running for public office or scrubbing the office floor matters not at all. The world might value these respective callings differently, but humble people understand that, when the kingdom of God is revealed in its fullness, “many who are first will be last and the last first.” We cannot control or predict the magnitude of our contribution to the advent of Christ’s gentle reign. After all, who could have imagined that the child born to a homeless couple in a barn out on the frontiers of the civilized world would turn out to be God’s beloved Son? What the headlines raise up as great people and significant events are not necessarily the ones God employs to accomplish God’s redemptive purposes.

Humble people are not lacking in self esteem. Rather, knowing that they are highly esteemed by the one who claimed them in baptism, they have no need for popular acclaim or recognition. They are free to pursue lives of service that bring them joy, satisfaction and sustaining friendships without vexing themselves over whether they have “maximized their full potential.” They are able to rejoice in the accomplishments of others without envy and take pride in their own accomplishments without measuring them against those of anyone else. Life for them is not a competition to reach the top because they know that, in fact, there is neither top nor bottom. They understand that their names, their deeds and their achievements will likely die with them and they are fine with that. Humble people are “simple folk…who grow strong and beautiful in their season, toil at honest labor till it ends [and] fade away with grace when it passes…expect[ing] nothing in return.”

Humility is not to be confused with weakness or timidity. Humble people stand tall and strong against injustice, oppression and for what they believe to be right; but their moral courage is tempered by knowledge of their own limited understandings. For that reason, the humble person never shuts the door to dialogue even with the seemingly most unreasonable foe. Neither is s/he afraid to make compromises to serve the greater good or confess freely when s/he is shown to be wrong. To be sure, in our current cultural climate, “backing down” or “giving in” is deemed weak and cowardly. Compromise is synonymous with surrender. Humility knows, however, that refusal to admit error or accept a reasonable compromise is the worst form of cowardice and that “there is no mind so weak as that which is too strong to be changed.” Humble people know better than to view life as a series of wins and losses. It is enough for them to live honestly and with integrity as servants to all the neighbors placed in their path. That is as much success as they want. That, too, is what Jesus means when he tells his disciples that “greatness” in God’s kingdom consists not in the service one is able to command, but in the service one is able to give.

Here is a poem that, in a round about way, seeks the kind of humility about which Jesus speaks.

I’d Like to live in a place
Where you can get a cup of coffee
Without having to specify,
Large, very large, jumbo,
Mocha, Columbian or Java.
Let me make my home
In a place so far from
The nearest metropolis
That you can’t get reception
For network stations
Without a computer
And that with difficulty
As there’s no broadband access.
Let history’s great moments
Make their way to me
Through the lens of local news
And humbly take their place
Beneath those truths
That are timeless,
Real and unchanging.
I want to live on open land
Where nothing obstructs my view
Except the sky.
And let that sky be so wide
And so chuck full of stars at night
That nobody looking up into the heavens
Will ever be able to imagine
That he’s any more important
Than a Spring tulip that’s long gone
Before the end of May.
I want to live among simple folk
Who, like that tulip,
Grow strong and beautiful in their season,
Toil at honest labor till it ends,
Fade with grace when it passes,
And expect nothing in return.