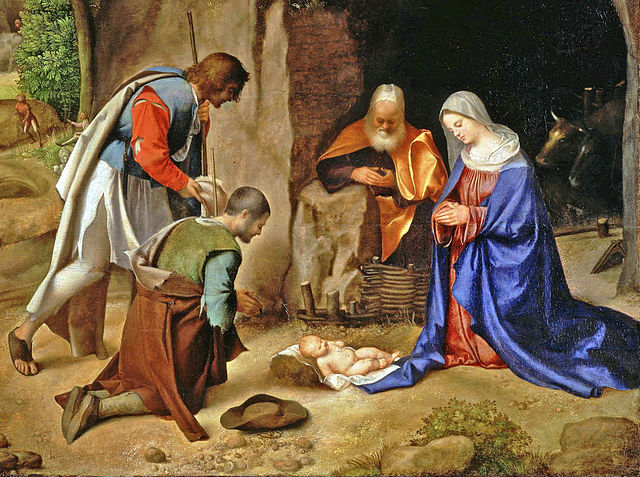 EPIPHANY OF OUR LORD

Prayer of the Day: O God, on this day you revealed your Son to the nations by the leading of a star. Lead us now by faith to know your presence in our lives, and bring us at last to the full vision of your glory, through your Son, Jesus Christ our Lord, who lives and reigns with you and the Holy Spirit, one God, now and forever.

“‘Where is the child who has been born king of the Jews?” Matthew 2:2.

A new born baby is a slim reed on which to hang the fate of the universe. All the more so in the first century when infant mortality approached 50% among the common people and children surviving birth and infancy often failed to reach adulthood. In addition to these bleak odds, this particular infant has acquired a powerful enemy, namely, King Herod. The promise of God’s just and peaceful reign appear to rest on the shakiest of foundations.

The miracle of the Incarnation forces us to rethink everything we think we know about God. If we embrace Jesus as the new born king, we must let go of our understanding of god as the powerful controller who pushes the buttons that make things happen here below. We need to let go of our belief in the god who interferes with the the natural flow of things to save us from the consequences of our own mistakes. We need to let go of the god who favors nations, peoples and religions with conquest, success and prosperity. According to the Nativity narrative, the only God there is stares at us through the eyes of a helpless infant. There is no other.

For me, Sunday’s Epiphany gospel is always clouded by the shadow of Holy Innocents. We cannot escape the paradox. The wonderous star that brought the magi to the Christ child also triggered the genocidal fury of Herod against Bethlehem’s children. Why did not God intervene to stop this horrible atrocity-or all the others that have occurred throughout the bloody course of human history? If we have been paying careful attention to this Sunday’s gospel, we know the answer. God’s power is not the sort we so desperately want God to have. God’s power consists precisely in God’s making God’s self completely vulnerable to us. God’s “strength,” says St. Paul, is precisely God’s weakness. I Corinthians 1:25.

For many people who take comfort in the belief that “God is in control,” this view of divine power is unsettling. We would like God to be that all wise and all powerful parent who can “fix” anything. But as every real parent knows, “power” and “control” don’t really fix any of the jams our children get themselves into. What our children need most is our understanding, our compassion and our modeling of the virtues we would like to see instilled in them. Moreover, it seems we must re-learn in every generation the limits of political and military power as well as the dangers of putting our “faith in princes” or presidents either, for that matter. Psalm 146:3. The power of coercive force that has proven so destructive and dehumanizing when used by us against each other is unlikely to save us when wielded in greater measure by God. Peace maintained by the threat or use of violence is no true peace.

It turns out that the God revealed in the manger is the only one who can save us and the only one worthy of our devotion. Belief in a god who stands above and outside of creation manipulating it without regard to the consequences of its creatures; belief in a god who creates sexual beings of various orientations and ruthlessly punishes them for living out their sexual identities; belief in a god who would have us place the welfare of our own nation, race, tribe or culture above the welfare of all others is not biblical faith. Better to be an atheist than worship such a god. The God we are invited to worship on Epiphany is the One we can kill, the infant that extends his tiny hand to grasp the finger of the visiting magi.

This Epiphany gospel invites us to view the fragility of God, the fragility of our environment, the fragility of so many vulnerable people on our globe and the fragility of life itself. It is a frightening thought that we might indeed severely and irreparably damage our earth’s life sustaining capacity by our selfishness, greed and indifference. It is horrifying having to face the reality that our world might indeed slip into a dark age of chaos, violence and war. It is terrifying to confront, as we must, the fact that there is no god at the control panel to turn the tide of history from the destructive course on which we have set it.

So what, then, is the good word in all of that? Just this: that the God who sent his only Son,  who gave us the best God had to give, is stubbornly determined to love the hell out of us. If the Incarnation, the Cross and the Resurrection tell us anything, they tell us that nothing we can do will ever stop God from loving us. Even as we seem bound and determined to extinguish life, God is with us in our suffering and intent on giving us life. That life is revealed in fragile congregations on the verge of extinction that nevertheless find the courage and compassion to witness to and serve their communities. It is revealed in refugee camps throughout the world where fragile groups of people of all faiths and no faith at all toil to bring a measure of relief to people living in despair of ever finding a home. It is revealed in the shadow of tyranny where courageous though fragile people dare to speak truth to power-even when their voices are shaking. Fragile as these epiphanies of God’s life among us may seem, they nonetheless testify to life that is eternal and to power that is truly transformative.  They  bear witness to the only life worth living and the only power worth having.

Here is a fitting poem by Joseph Brodsky helping us to contemplate the Epiphany of our Lord and his fragility.

Star of the Nativity

In the cold season, in a locality accustomed to heat more than
to cold, to horizontality more than to a mountain,
a child was born in a cave in order to save the world;
it blew as only in deserts in winter it blows, athwart.

To Him, all things seemed enormous: His mother’s breast, the steam
out of the ox’s nostrils, Caspar, Balthazar, Melchior—the team
of Magi, their presents heaped by the door, ajar.
He was but a dot, and a dot was the star.

Keenly, without blinking, through pallid, stray
clouds, upon the child in the manger, from far away—
from the depth of the universe, from its opposite end—the star
was looking into the cave. And that was the Father’s stare.

Source: Joseph Brodsky, Joseph, Collected Poems in English, 1972-1999 (c. 2000 by Joseph Brodsky, pub. by Farrar Straus and Giroux,) Joseph Brodsky (1940-1996) was born in Leningrad (now St. Petersburg) in 1940. He held a number of jobs in his youth, including mortician, ship boiler room operator and geologist. He began writing his own poetry in 1955 and became well known in Russian literary circles. Though his poems were largely apolitical at this time, he nevertheless came under the scrutiny and suspicion of the Soviet authorities. In 1963, Brodsky’s poetry was denounced by a Leningrad newspaper as anti-Soviet. His papers were confiscated, he was interrogated and twice put in a mental institution. Finally, he was arrested and charged with “social parasitism.” He was strongly advised to emigrate from the Soviet Union and did so in 1972. Brodsky settled in the United States with the help of poet W. H. Auden. He spent the rest of his life in America teaching at Mount Holyoke College, Yale, Columbia and University of Michigan. You can find out more about Joseph Brodsky and sample more of his poetry at the Poetry Foundation website.