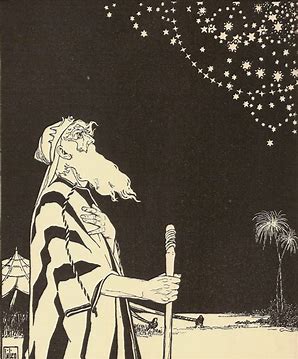 Prayer of the Day: Almighty God, you sent your Holy Spirit to be the life and light of your church. Open our hearts to the riches of your grace, that we may be ready to receive you wherever you appear, through Jesus Christ, our Savior and Lord.

“Do not be afraid, little flock, for it is your Father’s good pleasure to give you the kingdom.” Luke 12:32.

But I am afraid. Within less than twenty-four hours I have watched news coverage for two mass shootings, one in El Paso and the other in Dayton, with a total body count of 39 dead and 66 wounded. And then there was the shooting in Gilroy, California last week killing three and wounding twelve. Those are the numbers I have as of this writing. Behind the numbers are children excited about starting a new school year with fresh notebooks, new crayons and the latest Disney back packs. Some are moms and dads leaving their spouses to wonder how they are going to break this horrible news to their children and how they will go about raising them on their own. Some are parents experiencing the unspeakable sorrow of having to bury their children. Yes, I am afraid. I am afraid because this could have as easily taken place in a mall, a park or a place of worship where my children and grandchildren spend their time.

I am afraid because I know these killings are not random. They are motivated by a deep seated racist anger, the flames of which have been fanned into wildfires by a fascist demagogue and a political party in thrall to him and his base of white rage. I am afraid because my church has failed to name the idolatry of American nationalism, condemn in specific terms a president whose racist words and actions precipitate violence daily and denounce the deviant evangelical religion that legitimates his regime. I am afraid because I fear that, just as my church has had to apologize for its complicity in American slavery and its silence during the Holocaust, decades from now it will be apologizing for its inaction as thousands of refugees were turned away from sanctuary and sent back to the mortal dangers threatening them; as numerous persons of color were forced to live in fear of their own government; and as sexual minorities were subjected to humiliation, discrimination and violence.

I am afraid today and Jesus’ call for me to be unafraid seems like a big ask. But as I see it, I don’t really have any other choice. If I don’t believe that Jesus will deliver on his promise of God’s just and peaceful reign, I have to accept that the world I have helped to make for my grandchildren is the only one they can expect. If I reject hope, I am left only with fear. The best I can expect is survival and, if that is all the future holds for us, what is the point? So I am clinging to Jesus’ promise to give us God’s reign, trying to let go of all the stuff in my life that I know can’t bring me any true security and doing my best to look forward with hopeful anticipation rather than dread. But to be honest, it isn’t working very well for me today.

The author of the Letter to the Hebrews tells us that “faith is the assurance of things hoped for, the conviction of things not seen.” Hebrews 11:1. These words preface a roll call of biblical heroes who placed their confidence in an as yet unfulfilled and seemingly impossible promise, Abraham and Sarah being the primary examples. For these folks, God’s promised future was more real than the facts on the ground. For many of the saints, those facts were pretty ugly-as they are for us today. The alternative was the same: let the dark and violent past determine the future or be open to God’s future and its power to transform the present. Saints are promise driven and future oriented. We cling to the promise of God’s just and gentle reign, though sometimes its only with our fingernails. This hope of ours sometimes has but “half a heart,” but it perseveres nonetheless. And it is enough-just enough-for days like this.

Here is a poem about hope by Maya Angelou that I think captures the state of faith many of us are experiencing today.

There is no warning rattle at the door
nor heavy feet to stomp the foyer boards.
Safe in the dark prison, I know that
light slides over
the fingered work of a toothless
woman in Pakistan.
Happy prints of
an invisible time are illumined.
My mouth agape
rejects the solid air and
lungs hold. The invader takes
direction and
seeps through the plaster walls.
It is at my chamber, entering
the keyhole, pushing
through the padding of the door.
I cannot scream. A bone
of fear clogs my throat.
It is upon me. It is
sunrise, with Hope
its arrogant rider.
My mind, formerly quiescent
in its snug encasement, is strained
to look upon their rapturous visages,
to let them enter even into me.
I am forced
outside myself to
mount the light and ride joined with Hope.
Through all the bright hours
I cling to expectation, until
darkness comes to reclaim me
as its own. Hope fades, day is gone
into its irredeemable place
and I am thrown back into the familiar
bonds of disconsolation.
Gloom crawls around
lapping lasciviously
between my toes, at my ankles,
and it sucks the strands of my
hair. It forgives my heady
fling with Hope. I am
joined again into its
greedy arms.

Source:  The Complete Collected Poems of Maya Angelou ( c. 1995 by Virago Press). Maya Angelou (1928-2014) was a multi-talented American poet, author, singer, dancer and civil rights activist. She published seven autobiographies, three books of essays, several books of poetry, and was credited with a list of plays, movies, and television shows spanning over 50 years. She is perhaps best known for her well known autobiography, I Know Why the Caged Bird Sings, published in 1969. The book earned her the National Book Award. Angelou was awarded the National Medal of Arts by President Bill Clinton in 2000 and the Presidential Medal of Freedom by President Barack Obama in 2010. You can read more about Maya Angelou and sample more of her poetry at the Poetry Foundation Website.

2 thoughts on “Clinging to an Impossible Promise”