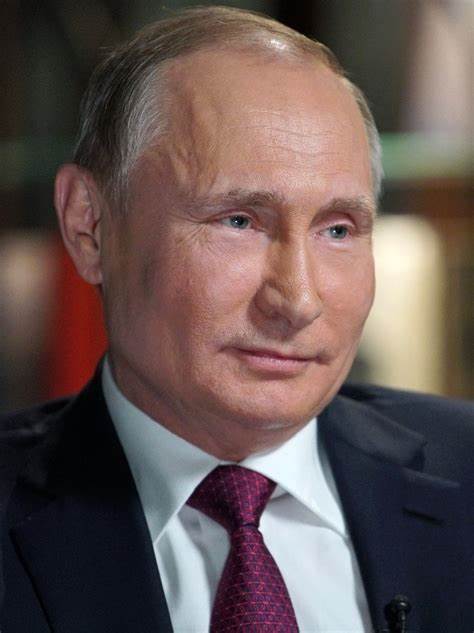 The White House announced today that President Donald Trump has nominated Vladimir Putin to replace Dan Coats as Director of National Intelligence. “Mr. Putin is highly qualified for the position,” said Stephanie Grisham, White House press secretary. “He served many years as KGB chief under the former Soviet Union. He understands intelligence and espionage like no other.” The President said of his nominee, “Vladimir has assured me that he will put an end once and for all to this fake Russian witch hunt. He’s going to weed all the bad apples out of the intelligence community.” Attorney General, William Barr praised Mr. Putin’s experience and ability adding, “His expertise will prove invaluable in my planned prosecution of former special prosecutor Robert Mueller and his gang for their bogus and illegitimate investigation of the president.”

House minority leader Kevin McCarthy and representative Devin Nunes expressed enthusiasm for the President’s choice. “Mr. Putin is a patriot. He is going to put an end to the deep state once and for all,” said Mr. Nunes. Mr. McCarthy expressed his scorn for Democratic concerns about Mr. Putin’s eligibility and fitness for the job. “First they complain because the president’s nominee for intelligence chief has no experience. Then they carp about Mr. Putin because he has too much experience!” When asked whether Mr. Putin’s lack of citizenship disqualified him from serving in the United States government, Mr. McCarthy dismissed the concern as a distraction. “This is just another smear campaign against the president. Look, Barack Obama wasn’t even born in the United States and he got to be president. You didn’t hear the Dems moaning about that.”

Response from the Republican controlled Senate was more subdued, with many Democratic members fearing that Mr. Putin’s position as President of Russia might put him in a position of conflict. That concern was also on the minds of some Republicans. Still, Republicans are backing the president. Said South Carolina Senator Lindsey Graham, “Mr. Putin wouldn’t have been my first choice. But what the heck, he’s got white skin and a penis, he’s not a liberal and he’s been consistent in his support of our president. That’s good enough for me.” So, too, Senate Majority Leader Mitch McConnell voiced his support. “We are prepared to introduce a motion in the Senate to grant American citizenship to Mr. Putin so there will be no legal impediment to his assuming the position of Director of Intelligence. After all, he came here legally.” After expressing some reservations, Senator Susan Collins of Maine also announced that she would vote to confirm Mr. Putin. “I have spoken to Mr. Putin and he has assured me that he has America’s best interests at heart and I believe him,” she said in a statement to her colleagues in the Senate.

No date has yet been set for Mr. Putin’s confirmation hearing, but the president is confident that he has enough votes in the Senate to get his nominee appointed.