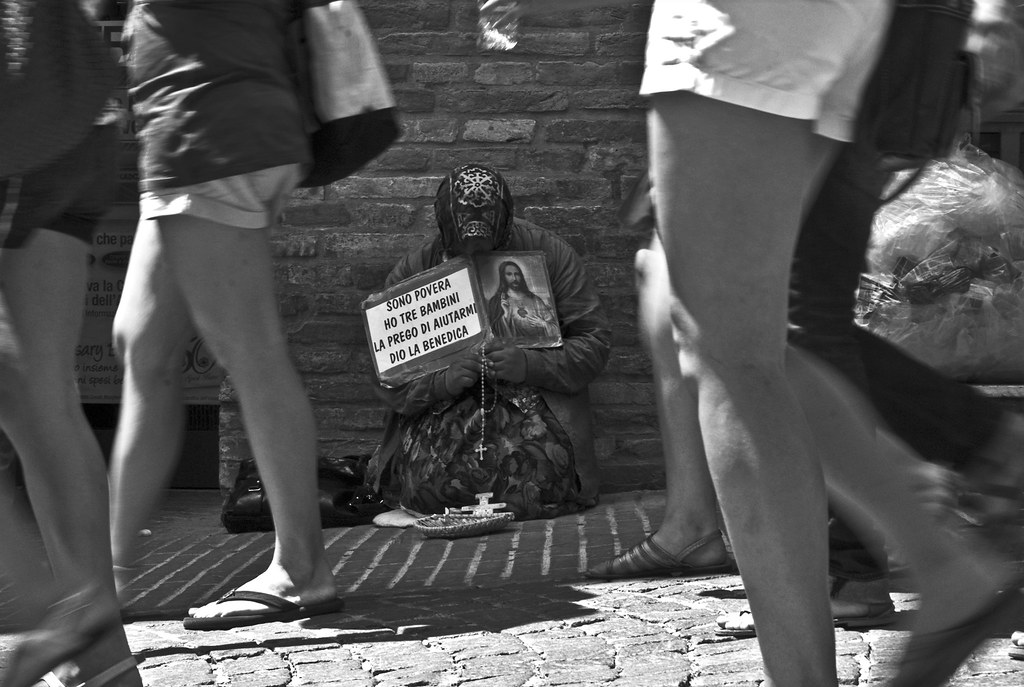 PRESENTATION OF OUR LORD

Prayer of the Day: Almighty and ever-living God, your only-begotten Son was presented this day in the temple. May we be presented to you with clean and pure hearts by the same Jesus Christ, our great high priest, who lives and reigns with you and the Holy Spirit, one God, now and forever.

“There was also a prophet, Anna the daughter of Phanuel, of the tribe of Asher. She was of a great age, having lived with her husband for seven years after her marriage, then as a widow to the age of eighty-four. She never left the temple but worshipped there with fasting and prayer night and day. At that moment she came, and began to praise God and to speak about the child to all who were looking for the redemption of Jerusalem.” Luke 2:36-38.

Perhaps most of the people passing through the temple precincts that day thought Anna a bit daft. Religion is a fine thing, to be sure. But this old woman seems a little too fixated on it. Besides, who but a homeless bag lady lives in the temple precincts? Doesn’t this woman have a home? A job? Family? Grandchildren to take care of? I expect that a lot of folks walked past Anna just the way most people today would pass a raving lunatic parked with his sleeping bag in the entrance of an urban church. Pick up the pace, don’t make eye contact and continue on to your destination without looking back.

Of course, I suspect that those of us who have been raised in morally and socially responsible households might pity poor Anna. Clearly, this woman has no family support, no other place to live and suffers from some measure of psychiatric illness. Should we offer her a ride to the nearest shelter? Make a referral to a free clinic? Help her to find some kind of employment? Something should be done! She should not be left to spend her nights in church doorways and her days pestering worshipers with wild, delusional rants.

Our gospel lesson offers us another lens through which to view people like Anna. Though we might tend to see her as a social problem needing to be solved, Luke the Evangelist recognizes Anna as a valuable witness to God’s act of salvation through Jesus Christ. After listening to the lyrical hymn of praise from the mouth of Mary in the prior chapter, it should come as no surprise that people like Anna, people living at the margins of the margins, are the first to recognize in Jesus the beginning of God’s radical reversal of fortunes for the poor and oppressed. Anna the homeless crazy lady living in the temple precincts turns out to be Anna the prophet who, along with the homeless shepherds abiding in their fields by night, becomes one of the first witnesses to the good news.

I grew up in a home where the obligation to help the poor and underprivileged was taken for granted. One of the earliest memories I have took place on a winter evening when I accompanied my mother on one of her many trips to bring food and clothing donations to needy families. I recall how thankful the young single mom was to receive our help and how good it made us feel to support her and ease her burden. But when this woman offered my mom and me a cup of coffee and some cookies she had made, mom politely declined. It was all for practical reasons, of course. It was getting to be past my bedtime and that of my younger sister who was at home with dad running a fever. But young as I was, I sensed the awkwardness of the situation. This woman had something to offer beyond coffee and cookies. She was offering us hospitality-the gift of herself and, if we take our gospel seriously, the opportunity to encounter Jesus.

Christianity has for so long been a mainstream faith that we find it hard to read faithfully the gospel testimony that comes to us from the margins. We who live for the most part in privileged security find it hard to imagine that people like Anna and the single mom of my youthful memory are capable of much more than receiving our help. We have developed a collective “messiah complex” that prevents us from seeing ourselves as anything other than “helpers” and blinds us to the gifts and insights we so desperately need from those we categorize as “the helped.” Each Thanksgiving we rant about how “blessed” we are to have comfortable homes and more than enough good food to eat. Then, as if to prove it to ourselves, we eat ourselves silly. The words of John of Patmos come to mind: “For you say, ‘I am rich, I have prospered, and I need nothing.’ You do not realize that you are wretched, pitiable, poor, blind, and naked.” Revelation 3:17.

The poor, as St. Lawrence rightly observed, are the “treasure of the church.” This is so not because they afford us the opportunity to exercise charity and feel good about it. It is because the God we worship was born incarnate of a homeless family in a barn, was first recognized by landless shepherds, an old man with a dying wish, a crazy homeless woman living in the temple precincts, lepers, harlots and foreigners. The people at the margins are not just unfortunates that have “fallen through the cracks” and who need our help to become self-reliant and productive like us. They are the favorites of a God who would have us become more like them-weak, humble and wholly dependent upon God.  It is in the poor that we encounter the one we call Lord. If we cannot recognize God at the margins, we do not know God, period.

I expect that most people simply ignored Anna that day of Jesus’ presentation in the temple. But some people apparently were looking for the same thing Anna was seeking. For some people, her words struck a chord of recognition. They evidently saw in her hunger, her yearning a reflection of their own need. So they stopped. They listened. They came near to see the infant squirming in Simeon’s arms.  I have no idea how many there were. A crowd? Just a handful? One or two? However many or few may have been gathered around the ancient prophetess, there were at least some left in Jerusalem that could still dream. There were still people in Israel who were not yet convinced that the way things are is the way they have to be and always will be. Some there were who could see past whatever stereotypical baggage might otherwise have obscured the miracle to which Anna testified. There were still people capable of believing the ancient promises of liberation from oppression, justice for all and peace among the nations. The last embers of hope had not yet been extinguished. They still have not been extinguished. That is because our faithful God continues to send us prophets like Anna to fan them into white hot flame just when it seems they are about to go cold.

As the poet points out, it sometimes becomes necessary to “reteach a thing its loveliness.” So too, it becomes necessary to reteach ourselves how to recognize loveliness and so much more in what we have been taught to view as peripheral, unimportant and distasteful. If we would see Jesus, we must learn to recognize goodness, beauty and truth in the words and faces of people like Anna. If we cannot find them there, we will not see them anywhere.

Here is the poem by Galway Kinnell to which I alluded in the prior paragraph.

Saint Francis and the Sow

The bud
stands for all things,
even for those things that don’t flower,
for everything flowers, from within, of self-blessing;
though sometimes it is necessary
to reteach a thing its loveliness,
to put a hand on its brow
of the flower
and retell it in words and in touch
it is lovely
until it flowers again from within, of self-blessing;
as Saint Francis
put his hand on the creased forehead
of the sow, and told her in words and in touch
blessings of earth on the sow, and the sow
began remembering all down her thick length,
from the earthen snout all the way
through the fodder and slops to the spiritual curl of the tail,
from the hard spininess spiked out from the spine
down through the great broken heart
to the sheer blue milken dreaminess spurting and shuddering
from the fourteen teats into the fourteen mouths sucking and blowing beneath them:
the long, perfect loveliness of sow.

Galway Kinnell (1927-2014) was an American poet and winner of the Pulitzer Prize for Poetry for his 1982 collection, Selected Poems. He also split the National Book Award for Poetry with Charles Wright and was poet laureate for the State of Vermont from 1989 to 1993. Kinnell was born in Providence, Rhode Island. He was drawn to poetry in his youth through his reading of Edgar Allan Poe and Emily Dickinson. Kinnell was actively involved in the Civil Rights Movement in the United States throughout the 1960s. Upon returning to the US after traveling in Europe and the Middle East, he joined CORE (Congress of Racial Equality) and worked on voter registration and workplace integration in Hammond, Louisiana. This effort got him arrested. In 1968, Kinnell signed the “Writers and Editors War Tax Protest” pledge, vowing to refuse tax payments in protest against the Vietnam War. Kinnell died in October of 2014 from leukemia. You can find out more about Galway Kinnell and sample more of his poetry at the Poetry Foundation Website.

7 thoughts on “The Baby and the Bag Lady”