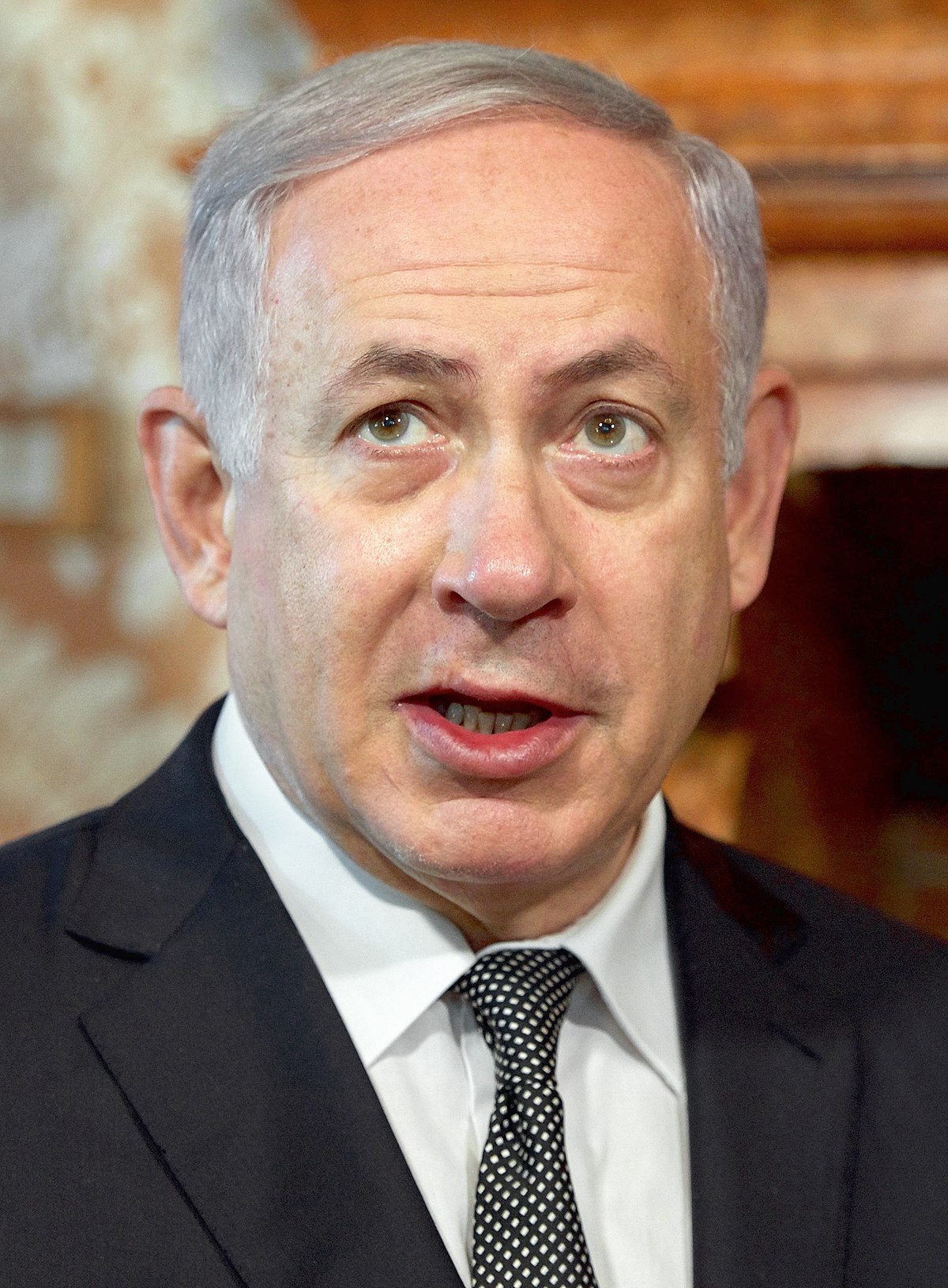 I saw you on TV a couple of nights ago standing next to our president and felt compelled to drop you a line. I’m obviously not a Jew, so maybe I’m sticking my nose in where it doesn’t belong. Nonetheless, I am a Lutheran pastor whose church’s silence and complicity with the nazis contributed to the horrors of the Holocaust in Europe eight decades ago.  History need not repeat itself and we want to ensure particularly that this sorrowful chapter does not. Thus, as between the risk of speaking out of place and that of remaining silent when duty requires one to speak, I choose to incur the former.

I feel compelled to share with you some relevant matters concerning your American friends. I understand that Mr. Trump and his administration have been good for your own political agenda, which you believe is the best way forward for the State of Israel . You probably feel that the strategic gains arising from your partnership with Mr. Trump outweigh whatever risks that partnership might entail. After all, if Israel’s national interests are advanced, why trouble yourself with the American president’s political woes and ethical deficiencies? And why not pursue a robust, uncompromising policy based on military strength with the Palestinians and Israel’s neighbors? After all, you have the might of the United States of America standing squarely behind you.

Well Mr. Prime Minister, I have just two words for you: Honorary Aryan. As you probably know, that was an expression used in Nazi Germany to describe the unofficial status of persons who were not recognized as belonging to the so called aryan race according to nazi standards, but were informally considered to be part of it. It was a designation given a few Jews and other “non aryan” individuals useful to the state for propaganda purposes or for the war effort. Survival under this designation lasted for about as long as the usefulness of the one holding it. In short, honorary aryans had no right to live, but were granted their existence as a privilege of the state-which could be revoked at the state’s pleasure.

You probably know, Mr. Prime Minister, that Donald Trump is the darling of a growing number of white nationalists in the United States, many of whom look upon Hitler as a kind of hero. I don’t doubt you know that, on the morning after Mr. Trump’s election, a band of white nationalists led by one Richard Spencer celebrated the new day in America with a nazi style salute to Trump. You are aware, I am sure, of how Trump supporting white nationalists marched through the streets of  Charlottesville, Virginia in a torch light parade chanting “Jew will not replace us.” It cannot be any secret to you that, since Mr. Trump’s 2016 campaign and election, anti-Semitic attacks in the United States, including mass killings, have increased substantially. If you are inclined to dismiss all of this American anti-Semitism as insignificant fringe activity, I remind you that many German Jews initially made the same tragic miscalculation about the nazis. The lesson I hope we all learned from that horrific era is that when someone says or even implies that they are going to kill you and your people, it behooves you to take them seriously.

So if Trump and his base are so anti-Semitic, why is the president so generous toward Israel? The answer is obvious. A huge part of Mr. Trump’s base is made up of white “Evangelical Christians” who are rabid supporters of Israel. At the same time, however, these folks are none too friendly to Jews and many are outright anti-Semitic, blaming American Jews for infecting American culture with socialism, liberalism and atheism. Mr. Trump’s closest evangelical adviser, Rev. Robert Jeffress, has made no secret that he believes God has rejected the Jewish people and that they are all destined for hell. That, Mr. Prime Minister, is the true face of your new allies.

“How can this be?” you ask. “How can people love Israel while hating Jews?” Allow me to explain. Many evangelicals subscribe to a fringe doctrine known as “premillennialism.” According to this teaching, a blueprint for the imminent end of the world and the return of Christ to establish a one thousand year Christian theocracy is woven into the Hebrew and Christian scriptures. There is much disagreement among evangelicals holding these views over the details of exactly how the end will unfold, but I won’t bore you with that. The point is, in premillennial thought, the nation of Israel plays a crucial role in igniting the wars and tribulations that will plunge the earth into a hopeless condition of demonic global rule. After this, Christ will return and with him the resurrected Christians to crush the powers of evil and rule the world for the next thousand years.

So you see, Mr. Prime Minister, for Mr. Trump and his evangelical supporters, you and the Jewish citizens of your country are honorary aryans. Mr. Trump needs your support to satisfy his evangelical base. The evangelicals need the nation of Israel to fulfill its critical role in bringing about the thousand year reign of Christians. You can expect their support to last for as long as you and your country continue to be useful. That might not be very long. Let’s face it, Israel needs to come to some agreement for peaceful coexistence with the Palestinians and its neighbors. There might be plenty of disagreement over what the terms of that agreement should be, but the agreement is a foregone conclusion. Even if you are able to get a peace agreement all on your own terms, it will still be a peace agreement-and peace agreements do nothing to bring about World War III. Any such agreement, however favorable to Israel, is bound to be seen as a betrayal of the divine time table for the last great battle and the return of Christ.

Furthermore, you should know that many of these premillennial theologies predict a mass conversion of the Jews to Christianity. History has taught us how ugly things get when Jews resist conversion. I suspect that your evangelical supporters’ zeal for Israel will cool the minute it becomes clear to them that the Jews are as determined as ever to remain Jews.  Worse yet, some of these premillennial theologies predict another holocaust of the Jews during the tribulation before the coming of Christ. Do you think your evangelical fans would support a military effort to protect Israel if that would thwart or delay the thousand year reign of Christians? Would they want to support Israel in any military action that is at cross purposes with the plan of the Almighty? Can Mr. Trump be trusted to adhere to his alliance with you when it no longer serves his political interest in retaining white evangelical support? I suggest you consult the Kurds about that.

Bottom line, Donald Trump has not the least bit of love, empathy or concern for Israel and its people. Hell, he doesn’t have any of that for the American people. He is a self centered, self-serving egomaniac who thinks nothing of separating families at our border, calling Mexican migrants rapists and murderers and referring to people from African nations by a name I won’t repeat. Do you really believe he would have any compunctions about treating Jewish people the same way? Do you really think he won’t drop you like a hot potato the minute you become a political liability to him? And have you given any thought to the welfare of Jews in the United States? Are they not also of concern to Israel? Torchlight parades, desecrated synagogues and violence against Jews, all with the underpinnings of religious teaching-your ancestors saw this before in Europe. Now we here in the United States are seeing it within our own borders and with the implicit blessing of our government. History has already shown us the dark places to which all of this leads. Are you really willing to risk going down that dark path again? Do you really want to lend further legitimacy to this president? Do you really think that your partnership with Donald Trump is in the best interests of Jews in Israel and worldwide? These are questions I hope you are asking yourself.

Well, that’s all I wanted to say to you. Be well, Bibi. And watch your back. These new friends of yours-they are not your friends.

3 thoughts on “An Open Letter to Prime Minister Benjamin Netanyahu”