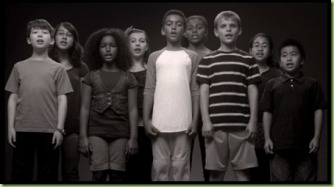 Prayer of the Day: Teach us, good Lord God, to serve you as you deserve, to give and not to count the cost, to fight and not to heed the wounds, to toil and not to seek for rest, to labor and not to ask for reward, except that of knowing that we do your will, through Jesus Crist, our Savior and Lord.

There isn’t much in the way of good news to be had in this Sunday’s gospel. Jesus begins by warning his disciples that they have no right to expect any better treatment than he himself is to receive-the cross. Next, he promises that nothing now secret will remain hidden-not tax returns, not discussions had in the situation room, not fleeting affairs had on business trips, not jokes passed in the locker room and not police files discretely consigned to oblivion. All that is now hidden will be revealed and the disciples are to be the voice uncovering the discomforting truth to power. Speaking truthfully is risky, but it is not as dangerous as remaining silent. Rather than fearing retaliation from the powers that be, Jesus warns his disciples that they ought rather to fear God who is able to “destroy both soul and body in hell.” We need not delve into a lengthy analysis of what Jesus meant by the term, “gehanna” translated in our English Bibles as “hell.” Suffice to say, whatever it denotes, it is surely unpleasant. Finally, Jesus informs his disciples that he has not come to bring peace on earth, but a sword. His call to discipleship will rupture families, set loved ones at each other’s throats and sever the most intimate of relationships. So much for “family values.”

The blinding disclosure of secret sins, about which Jesus warns us, is unfolding in our headlines and on our streets. The ugly truth about police violence against black Americans, long concealed behind a “blue wall of silence,” has been exposed in graphic detail. Events like the Tulsa, Oklahoma massacre of an entire black American community-about which we learned nothing in school-is now finally rising from the dust bin of “inconvenient historical trivia” to public awareness. As confederate monuments fall throughout the country, so also do the lies we white Americans have been telling ourselves for generations about our “exceptionalism,” heroism and nobility. I believe that what we see in the vitriolic rhetoric of Donald Trump and his supporters is a terrified and angry scream that would drown out truths we desperately want to remain hidden. We want frantically to believe in this myth that is America and we wish everyone whose speech uncovers the falsity of that myth would just shut up.

Jesus tells us plainly that we are fighting a losing battle. The truth will out. If you make it your enemy, it will consume you. Nevertheless, befriending the truth will undoubtedly make enemies for you, perhaps even within your own household. In fact, you might well learn, as did I, that you can be your own worst enemy when it comes to confronting the truth. Confronting your own racism is a little like struggling with addiction. Most of us are not out to hurt people of color any more than alcoholics desire to abuse their spouses or neglect their children. These behaviors are a byproduct of dependence on alcohol and are likely to continue so long as the alcoholic refuses to recognize and acknowledge that dependence. So, too, I am the last one to recognize and name the systemic racism by which I have benefited socially, financially, politically and the last to acknowledge the injures it inflicts on people of color.

Racism, like addiction, is as destructive to its host as it is injurious to its victims. It threatens to devour my soul. The lies I have to tell myself about myself to justify myself cloud my vision, intensify my isolation in whiteness and harden my heart. Left untreated, this disease will finally transform me into a creature Jesus cannot acknowledge as a child of his heavenly Father. In trying to salvage the man I want to believe I am, I must sacrifice the life Jesus would give me which, it turns out, is the only one worth living.

If there is one flicker of good news lurking in Sunday’s gospel it is Jesus’ assurance that our lives, however corrupt, compromised and entwined with systemic evil are nevertheless precious in God’s sight. There is no room for sentimentality here. Nor should we take false comfort in the oft repeated trite assertion that “God accepts us just as we are.” No, God does not accept us as we are. God loves us too much for that. We are to understand that our lives are precious because they are needed for the work of proclaiming God’s reign. We are important because our voice is needed to “proclaim from the housetops” what the world needs to hear, namely, that the life Jesus would give us far surpasses any mean and selfish existence we might cobble together from the shattered fragments of the American dream. Our lives are precious because they matter. Our actions are important because they make a difference. By grace we are saved from the bondage of racism to be agents of its dismantling.

This is a moment of truth for all Christians who live in the United States of America, particularly for those of us who identify as white. In the not-too-distant past, my church, the Evangelical Lutheran Church in America, issued an apology for its complicity in the American enslavement of African peoples. I fervently hope that we will not be issuing another apology decades from now for our failure to stand with black Americans at this time and our complicity in our nation’s brutal response to their struggle for justice and dignity. In this age, so aptly described below by poet Mary Oliver, may it not be said of Jesus’ disciples that we were silent when the cry of our Savior should have been on our lips; that we “feared death and adored power;” that we spoke “little if at all about the quality of life for people;” that our hearts were “small, and hard, and full of meanness.” My prayer for my church is that my grandchildren will come to know these days as a time of bold witness, faithful service and brave martyrdom. May we be a church Jesus will be proud to acknowledge before his heavenly Father.

We will be known as a culture that feared death
and adored power, that tried to vanquish insecurity
for the few and cared little for the penury of the
many. We will be known as a culture that taught
and rewarded the amassing of things, that spoke
little if at all about the quality of life for
people (other people), for dogs, for rivers. All
the world, in our eyes, they will say, was a
commodity. And they will say that this structure
was held together politically, which it was, and
they will say also that our politics was no more
than an apparatus to accommodate the feelings of
the heart, and that the heart, in those days,
was small, and hard, and full of meanness.

Source: Red Bird, Oliver, Mary (c. 2008 by Mary Oliver, pub. Beacon Press)  p. 46. Mary Oliver (1935-2019) was born in Maple Heights, Ohio. She was deeply influenced by poet, Edna St. Vincent Millay. Her work received early critical attention with the 1983 publication of a collection of poems entitled American Primitive. She is a recipient of both the Pulitzer Prize for Poetry and the National Book Award. You can read more about Mary Oliver and sample some of her other poems at the Poetry Foundation Website.