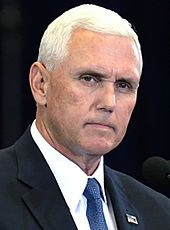 Citing the “Billy Graham rule,” Vice President Mike Pence today threatened to withdraw from his scheduled debate with Democratic vice presidential candidate, Kamala Harris. “I can’t in good conscience meet with a woman not my wife on a platform separating me by several feet from everyone else,” he told reporters. The rule, followed faithfully by the late Rev. Billy Graham, prohibits men from meeting, dining or travelling with women other than their wives. Mr. Pence declared that he has followed that rule for all of his life. “It’s kept me out of trouble to this day,” he said.

At a hastily called meeting by the Trump administration with leaders from the evangelical community, several prominent evangelicals urged Mr. Pence to reconsider. The Rev. Franklin Graham presented the vice president with a written waiver of the rule on behalf of the Billy Graham association. Representatives of the president urged him to act on the waiver. The president himself sent a personal message urging Mr. Pence to “go in their and grab her by [expletive deleted],” in response to which former Liberty University president Jerry Falwell Jr. remarked, “Now that sounds like the kind of debate I’d like to watch.”

Meanwhile, the Debate Commission has been negotiating with the Pence team over measures that might be taken to address the vice president’s concern. One member of the commission, speaking on condition of anonymity, told the Ghost plans are being made to extend the plexiglass barriers designed to guard against transmission of Covid-19 in all directions around the vice president to contain potential outbursts of lust. “We fully understand Mr. Pence’s concerns,” she said. “We know that he isn’t called the ‘vice’ president for nothing.” Mr. Pence has requested that his wife accompany him at the debate podium, thereby satisfying the Billy Graham rule. That, however, is unlikely to happen. “We told Mr. Pence in no uncertain terms,” said our source, “that bringing ‘mother’ out on the debate floor was out of the question.”