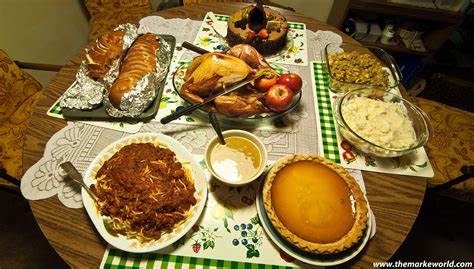 Prayer of the Day: Lord of the feast, you have prepared a table before all peoples and poured out your life with abundance. Call us again to your banquet. Strengthen us by what is honorable, just, and pure, and transform us into a people of righteousness and peace, through Jesus Christ, our Savior and Lord.

Right off the bat, let me tell you what I do not mean. I do not mean to say that commerce is evil; that markets are inherently bad; that business people are all oppressors; or that all people, regardless of training, initiative or talent should be compensated the same. Nor do I mean to endorse command economies, socialism, communism or any other imaginable “ism” as superior to market economies or divinely ordained. What I do maintain is that capitalism in the United States is functionally a religion. As such, it makes ultimate claims to which disciples of Jesus cannot remain indifferent.

The basic tenant underlying the capitalist faith was first articulated by Adam Smith (1723-1790), a Scottish philosopher and economist. Smith is best known as the author of An Inquiry into the Nature and Causes of the Wealth Of Nations (1776). He put forward the notion that free individuals acting in a free economy making decisions that are primarily intended for their own self-interest will invariably take actions benefiting society as a whole. This is the case even though such beneficial results were not the specific focus or purpose of those actions. A free and unregulated market operates as “an invisible hand” guiding all participants at every level to greater prosperity. I leave to economists the evaluation of capitalist theory. As a pastor and theologian, I am chiefly concerned with its religious/philosophical assumptions.

First, I cannot comprehend how one can believe on the one hand everything Saint Paul, Saint Augustine and Dr. Martin Luther tell us about original sin, yet maintain on the other hand that, as a rule, pursuit of one’s own self interest benefits all the rest of society. Though characterizing human nature as “totally depraved,” as did John Calvin, might be overstating the case, the scriptures are clear that we human beings are flawed creatures. Our self interested decisions are frequently irrational and self destructive. We crave junk food at the expense of nutritional meals. We buy more than we can consume and discard the leftovers. We purchase more expensive cars, bigger houses, pricier clothing all for no better reason than that we can. Our view of the common good scarcely reaches beyond our own back yards and seldom beyond the immediate future.

Second, capitalism’s faith in the “market,” or as Adam Smith would say, “the invisible hand,” amounts to near worship. The market, it seems, is to be trusted with eliminating poverty, providing health care, creating affordable housing and curing all the rest of society’s ills. If only we break the yoke of regulatory shackles from the back of commerce and industry allowing the engines of production free reign, society will invariably flower. In fairness to Smith, he seems to have assumed the underlying moral values of honesty and fairness would govern the workings of the market and so restrain the extremes of human avarice-which means, of course, that a market economy is only as just and efficient as its participants are honest.

I am not convinced Smith’s optimistic belief in the salutary effects of personal morality is capable of moderating the destructive tendencies of modern capitalism. My doubts in that regard have been greatly increased through my reading of The Worst Hard Time by Timothy Egan. Egan, a reporter for the New York Times, provides a historical narrative of the 1930s “Dust Bowl” disaster on the high plains through painstaking research and numerous interviews with its remaining survivors. This is the story of real estate tycoons and speculators luring people desperate to make a living in the shadow of the great depression out to the great plains with the promise of land that was as fertile as it was cheap. In a matter of a few years, an army of farmers turned over hundreds of square miles of prairie topsoil that had formed over thousands of years. What followed was the greatest environmental disaster this country has yet experienced. The relentless storms of displaced soil that created America’s great Dust Bowl drove thousands of families into homelessness in the midst of an economic depression. Some fled and tried to make a new start in a jobless nation. Others remained to face chronic hunger and often fatal disease from inhaling the ever silty air.

The story Egan tells is a familiar one, much the same as unfolded throughout the 19th century as colonialism savaged the African continent with the slave trade, dispossessed hundreds of indigenous societies and divided up the land along borders chiefly designed to aid in exploiting its resources. It has played out more recently in the northeastern rust belt and in the ruinous fires consuming thousands of homes and acres of forest in the west. Capitalism, defined as unrestricted commerce, devours vital resources to produce enormous amounts of wealth at the expense of the land and at the expense of its inhabitants who become disposable once the prospect of profit has been exhausted. It is a destructive religion grounded in a tragically misplaced faith in human nature and the salutary effects of unregulated commerce.

The reign of God proclaimed in Jesus and envisioned by the prophet Isaiah consists in meeting the needs of “all peoples.” In spite of the havoc we have wreaked upon the earth, it is still capable of satisfying everyone’s need, though not everyone’s greed. The story of Jesus’ feeding the five thousand with a few loaves and fishes is a graphic announcement that God’s reign has dawned. The myth of scarcity has been debunked. All that remains is for us to overcome our unbelief, release our grip on what we deem our own and place it in the service of our neighbor. Contrary to the creed of capitalism that would have us pursue our own interests, Saint Paul counsels us to “Do nothing from selfish ambition or conceit, but in humility count others better than yourselves.” Philippians 2:3.

“Let the same mind be in you that was in Christ Jesus,
who, though he was in the form of God,
did not regard equality with God
as something to be exploited,
but emptied himself,
taking the form of a slave,
being born in human likeness.
And being found in human form,
he humbled himself
and became obedient to the point of death—
even death on a cross.” Philippians 2:5-11.

Once again, I am not suggesting that market economies must be dismantled. What is clear, however, is that “the Market” must not be divinized. We can no more rely upon the market to deliver a just and prosperous society for all than we can expect the weather to deliver sun, rain and wind in just the right measure. In both cases, powers beyond our control bring us benefits as well as occasional injury. The best we can do is manage the former responsibly and make provision for victims of the latter. Just as we cannot expect the weather to rebuild hurricane ravaged cities, we cannot expect the market to alleviate climate change, restore depressed neighborhoods and bring medical care to the sickest among us. The market might well be one tool we employ in the service of addressing these issues, but it must never become our master.

I am not suggesting either that individual rights, individual liberties and individual identity are not deserving of protection. Nevertheless, knowing what the scriptures teach us about our inherently self oriented nature, our tendency to dominate and exploit those more vulnerable than ourselves and our inability to evaluate our own motivations honestly, we cannot subscribe to the view that individuals left free to pursue their own self interest without restraint will serve the good of all creation. In the view of Saint Paul, the American deification of the individual self over all else would be deemed madness. What we need and what God means to accomplish is “the mind of Christ” formed within us,  the One who sought not his own self interest but that of all people. Jesus is the antithesis to the religion of capitalism.

Here is a poem by Mary Oliver that serves as a warning against what we might become when formed by the “market” rather than by the “mind of Christ.”

We will be known as a culture that feared death
and adored power, that tried to vanquish insecurity
for the few and cared little for the penury of the
many. We will be known as a culture that taught
and rewarded the amassing of things, that spoke
little if at all about the quality of life for
people (other people), for dogs, for rivers. All
the world, in our eyes, they will say, was a
commodity. And they will say that this structure
was held together politically, which it was, and
they will say also that our politics was no more
than an apparatus to accommodate the feelings of
the heart, and that the heart, in those days,
was small, and hard, and full of meanness.

Source: Red Bird (c. 2008 by Mary Oliver, pub. Beacon Press) p. 46. Mary Oliver (1935-2019) was born in Maple Heights, Ohio. She was deeply influenced by poet, Edna St. Vincent Millay. Her work received early critical attention with the 1983 publication of a collection of poems entitled American Primitive. She is a recipient of both the Pulitzer Prize for Poetry and the National Book Award. You can read more about Mary Oliver and sample some of her other poems at the Poetry Foundation Website.