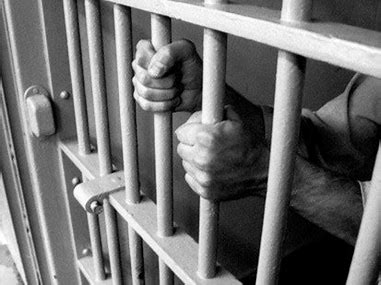 Prayer of the Day: O God, mighty and immortal, you know that as fragile creatures surrounded by great dangers, we cannot by ourselves stand upright. Give us strength of mind and body, so that even when we suffer because of human sin, we may rise victorious through your Son, Jesus Christ, our Savior and Lord.

“…to Jesus, the mediator of a new covenant, and to the sprinkled blood that speaks a better word than the blood of Abel.” Hebrews 12:24.

Lawrence Russell Brewer was convicted of drug possession and burglary in the late 1980s. He was paroled in 1991, but returned to prison three years later after violating his parole conditions. During this second incarceration, he joined a white supremacist prison gang and became indoctrinated with the ideology of white supremacy.  On June 7, 1998, following his release from prison, Brewer, along with Shawn Berry and John King, offered a ride to James Byrd, Jr. an African American man. Instead of taking Byrd home, the three men took Byrd to a remote county road out of town, beat him severely, spray-painted his face, urinated and defecated on him and chained him by his ankles to their pickup truck before dragging him for about three miles. Byrd died as a result of his injuries. Brewer, along with his two accomplices, was arrested, tried and sentenced to death for Byrd’s murder.

There are many disturbing aspects of this case, but the question that strikes me is this: what nation in its right mind would create and finance an institution that takes young men who have committed petty crimes and turns them into hardened, racist murderers? Lawrence Brewer went into prison a non-violent offender. There is no indication that he posed a threat to himself or others. It appears from the record that he had an addiction problem and stole to support it. Whether the addiction problem was ever addressed during his incarceration, I don’t know. What we do know is that he came out of prison filled with racial hate and bent on violence. If the point of incarceration is rehabilitation, then the system failed miserably. But I am not convinced that the criminal justice system is about rehabilitation. In the American context, criminal justice has more to do with punishing criminals than restoring them to responsible citizenship or doing justice for their victims.

Our tendency is to equate justice with punishment. Wrongdoers should “get what they deserve;” hence, our attachment to the death penalty or its more cruel and unusual refinement, life in prison without parole. So, too, our insistence on “hard time” in prison for offenders rather than alternatives to incarceration. We have an aversion to seeing people “get off too easy” for their offenses. Criminals must “pay their debt to society,” though I am hard put to understand how expending tax payer dollars to feed, clothe and shelter people in an institution that dehumanizes them and returns them to the streets more dangerous than before can satisfy any kind of debt. From all appearances, the prison system is making our streets more dangerous with every penny we spend on it. But none of that seems to matter. The objective appears to be that of inflicting upon convicted criminals the misery they have brought to their victims. Whether that does the victims or the rest of society any good is beside the point.

The author of the New Testament Letter to the Hebrews makes reference to the murder of Abel by his brother Cain in the fourth chapter of Genesis. Genesis 4:1-16. God confronts Cain by asking him, “Where is your brother?” Cain responds with the infamous rejoinder, “I do not know. Am I my brother’s keeper?” Then God tells Cain that Abel’s blood is crying out to God from the ground. The author of Hebrews assumes that Abel’s blood is crying out for vengeance, as does one of our fine Lenten hymns.[1] Whether or not that was so, the point to be made here is that the blood of Jesus makes no such cry for vengeance. Retaliation is not God’s way. It is important to note that Cain received neither the death penalty nor imprisonment. He was exiled from his community, but sent away with God’s mark of protection so that nobody would try to take revenge upon him. What God told Cain before his murderous act remained true as he was sent into exile: “If you do well, [you will] be accepted.” Genesis 4:7. Cain is being given another opportunity to “do well.”

There can be little doubt that our criminal justice system is in desperate need of reform. Laws passed in response to hysteria over drug trafficking and sex crimes deliver prison sentences and postconviction penalties out of all proportion to the offenses committed. It is well known that this oppressive hammer falls most heavily on Black Americans whose incarceration rates in comparison with white Americans is obscenely out of balance. A conviction on one’s record closes the door to nearly every professional avenue and has the potential to bar employment in the most menial of jobs. It places a scarlet letter of shame on the back of people who are already coming away from an experience that has likely made them angrier, more resentful and thus more dangerous.

None of this should surprise us. After the murder of Cain and God’s gracious response, we read in the following chapters of Genesis about how the cycle of vengeance grew to the point where “the earth was corrupt in God’s sight, and the earth was filled with violence.” Genesis 6:11. Revenge is not justice. Retaliation only sucks us ever further into the vortex of destructive violence. Whatever cathartic satisfaction we might get from learning that the one who harmed us is going to prison for a long time, it does nothing heal the wrong. Neither does it deter further violence. Indeed, as Lawrence Brewer’s case demonstrates, incarcerating criminals only makes them more dangerous.

I am not suggesting that there shouldn’t be consequences for criminal behavior. Furthermore, I understand that there are some people who, because of the threat they pose to themselves and others, must be incarcerated in some way. But I believe that punitive incarceration as the default response to criminal conduct is wrong headed and counter-productive. As people of faith in Jesus, we ought to know that punishment is not the solution to crime. What we need is common sense legislation that treats addiction as a public health issue rather than a law enforcement crisis. What we need are alternatives to incarceration that provide opportunities for offenders to make restitution to those they have harmed, receive the medical and psychiatric treatment they need and be given opportunities for education, training and integration into productive work. We need to stop stigmatizing persons who have been convicted of crimes. It is one thing to hold a person responsible for a wrongful act. It is quite another to make that act the defining factor for the rest of a person’s life. None of us would want our entire lives judged by the meanest, most cruel and destructive thing we have ever done. Why should the same charity we grant to ourselves on that score be denied to those whose wrongs happen to be against the law?

We are our best selves when we are conscious that we live by the grace of a God who “is merciful and just; slow to anger and abounding in steadfast love.” Living in the mercy of God quenches our thirst for retribution with profound gratitude overflowing in generosity toward our neighbors-even the ones who wrong us. Here is a poem by Denise Levertov giving expression to that infinite mercy.

To Live in the Mercy of God

To lie back under the tallest
oldest trees. How far the stems
rise, rise
before ribs of shelter
open!

To live in the mercy of God. The complete
sentence too adequate, has no give.
Awe, not comfort. Stone, elbows of
stony wood beneath lenient
moss bed.

And awe suddenly
passing beyond itself. Becomes
a form of comfort.
Becomes the steady
air you glide on, arms
stretched like the wings of flying foxes.
To hear the multiple silence
of trees, the rainy
forest depths of their listening.

To float, upheld,
as salt water
would hold you,
once you dared.

To live in the mercy of God.

To feel vibrate the enraptured

waterfall flinging itself
unabating down and down
to clenched fists of rock.
Swiftness of plunge,
hour after year after century,
O or Ah
uninterrupted, voice
many-stranded.
To breathe
spray. The smoke of it.
Arcs
of steelwhite foam, glissades
of fugitive jade barely perceptible. Such passion—
rage or joy?
Thus, not mild, not temperate,
God’s love for the world. Vast
flood of mercy
flung on resistance.

Source: Sands from the Well (c. 1996 by Denise Levertov; pub. by New Directions Publishing Corporation) Denise Levertov (1923–1997) never received a formal education. Nevertheless, she created a highly regarded body of poetry that earned her recognition as one of America’s most respected poets. Her father, Paul Philip Levertov, was a Russian Jew who converted to Christianity and subsequently moved to England where he became an Anglican minister.  Levertov grew up in a household surrounded by books and people talking about them in many languages. During World War II, Levertov pursued nurse’s training and spent three years as a civilian nurse at several hospitals in London. Levertov came to the United States in 1948, after marrying American writer Mitchell Goodman. During the 1960s Levertov became a staunch critic of the Vietnam war, a topic addressed in many of her poems of that era. Levertov died of lymphoma at the age of seventy-four. You can read more about Denise Levertov and sample more of her poetry at the Poetry Foundation Website.

[1]
Abel’s blood for vengeance
Pleaded to the skies;
But the blood of Jesus
For our pardon cries.

“Glory be to Jesus,” Lutheran Book of Worship, Hymn # 95. Unfortunately, this is another fine hymn that didn’t make the cut for the subsequent Evangelical Lutheran Worship.