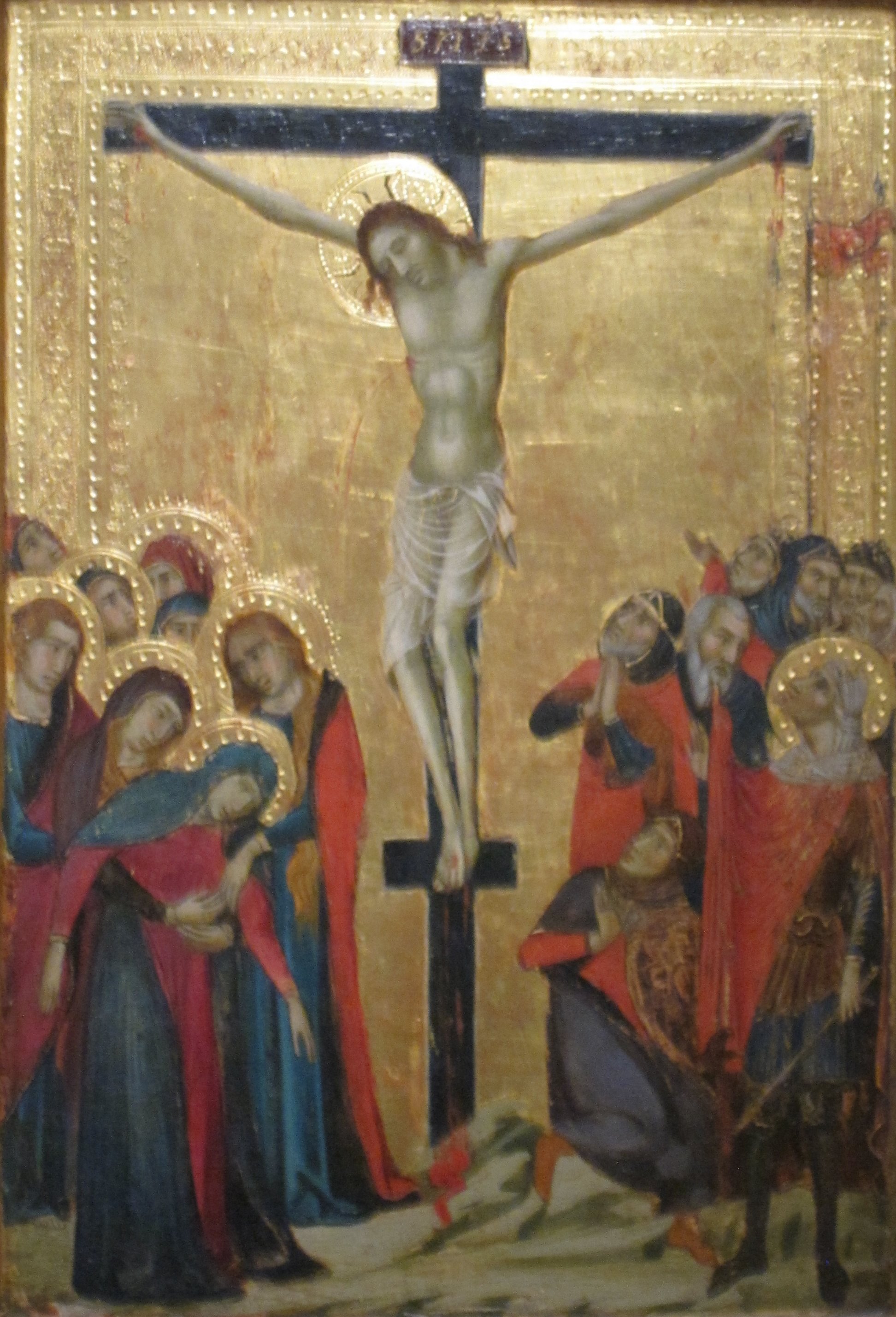 Prayer of the Day: Everlasting God, in your endless love for the human race you sent our Lord Jesus Christ to take on our nature and to suffer death on the cross. In your mercy enable us to share in his obedience to your will and in the glorious victory of his resurrection, who lives and reigns with you and the Holy Spirit, one God, now and forever.

There are no heroes in the Passion narrative. Judas betrays Jesus. Peter denies Jesus. All the disciples desert Jesus at his arrest, leaving him to be summarily tried and executed. Pilate, the agent of Roman justice abandons Jesus to the whims of a lawless mob and, in typical all American presidential fashion, denies all responsibility for the travesty of justice over which he presides. The crowd, which days ago was welcoming Jesus with shouts of praise, now cries out for his lynching. This is a story in which the worst human instincts play out-on the part of government, the church and the people. No heroes. Just traitors, cowards, deserters, corrupt political leaders and out of control mob violence.

The remarkable thing is that every year we congregate to tell these unflattering stories on ourselves. We do that because the good news of Jesus Christ is that we worship a God who loves the world at its worst. If the crucifixion of God’s only beloved Son cannot provoke God to give up on us, spurn us and retaliate against us, what will? Nothing, says St. Paul. “For I am convinced,” says Paul, “that neither death, nor life, nor angels, nor rulers, nor things present, nor things to come, nor powers, nor height, nor depth, nor anything else in all creation, will be able to separate us from the love of God in Christ Jesus our Lord.” Romans 8:38-39.

The cross is good news, but it presents us with a challenge. I recently completed my reading of a document published by the Lutheran World Federation entitled Resisting Exclusion: Global Theological Responses to Populism. This nearly 300 page book is a collection of essays written by Christian theologians from all over the world reflecting on the rise of populist movements and their influence on government. As a whole, the document paints a bleak picture of nations drifting toward control by leaders and parties espousing nationalistic, racist, patriarchal and culturally exclusive ideologies. As the adoring crowd that welcomed Jesus into Jerusalem with shouts of “Hosanna!” was so easily persuaded to cry out just days later for his crucifixion, it seems large numbers of people world wide are being seduced into accepting the simplistic world view of an “us against them” universe where it takes a strong and autocratic leader to make things right. Sadly, we in the United States are not alone with our mob of sheep-like citizens frightened by a changing world they don’t understand and eager to yield their allegiance to “the only one” who can “make America great again.” The world so desperately wants a savior to believe in! So desperate, in fact, that it will overlook obvious character flaws, deny plain facts and swallow the wackiest of conspiracy theories to keep its faith alive. The old alliances and global institutions which, with all their faults, managed to maintain a semblance of world order, are now losing support from the nations that built them and falling apart just when we they are most needed.

In the face of all this, I’m sorely tempted simply to give up. I am tempted to retreat into the safety of my retirement just as the disciples retreated into the shadows after Jesus’ arrest. I am tempted to betray the call to take up the cross. I am tempted to sit on the sidelines of the mob since I am not the one being lynched and there is probably nothing I can do to stop the spectacle anyway. I am tempted to hide from my grandchildren the truth about the world they are about to inherit from me and, like the poet’s chirping realtor, rush them past all its defects insisting all the while that, for all its faults, it’s got “good bones.”

But I can’t do that because I worship a God who refuses to give up-and refuses to let me give up. “God so loved the world…” says John the Evangelist. John 3:16. God still loves the world-even after it took the best God had to give it and threw it back in God’s face. So who am I to say things are hopeless? Who am I, who have suffered, sacrificed and given so little, to give up on the world for which God poured out God’s very life blood? Giving up, giving in and running away are not options. Disciples of Jesus are called upon to face the truth about themselves and the world in which they live-in all of its frequently ugly particulars. But they are challenged to do so through the lens of the cross by which all things are transformed.

As hard as it is to hear, the Passion Narrative is one of hope. Hope, it must be understood, is not optimism. We are in the midst of a pandemic. The medical experts are giving us little cause to be optimistic. For many of us, the sun will not come out tomorrow. We will not all get through this together. Many of our hospitals are on the brink of collapse. The doctors, nurses and medical specialists we need to run them are exhausted and getting sick. Meanwhile, our leaders contemplate sacrificing the most vulnerable members of our society, the aged, the sick and the poor on the altar of the economy. Our government is failing us. Our civic values are failing us. The church is failing us. From where I sit, there doesn’t appear to be much reason for optimism. But I continue to hope because we have a God who has not given up on us, because I know that our worst day is already behind us, because I know that as long as we reject Jesus, God will keep raising him up, offering him back to us and chipping away at our stubborn resistance. Though I live in a world that speaks a resounding “no” to God’s gentle reign of justice and peace, I have been claimed by a God who won’t take “no” for an answer.

So I continue to pray that God’s kingdom will come and God’s will be done on earth as in heaven. I continue to watch out for the welfare of my neighbors, work to ensure that the most vulnerable in my neck of the woods are protected, sheltered and fed. I encourage my grandchildren to look forward to the future because I know that the future belongs to the One who raised Jesus from death. That’s not much. Nevertheless, as story of the Loaves and Fishes illustrates, God doesn’t need much to accomplish great things. The world is God’s project and it ends with God being “all in all.” That will probably take some time. But the God we worship has all eternity to work with.

Here is the poem by Maggie Smith to which I alluded above. It reflects a soulful assessment of a world too broken for optimism, but which cries out for hope.

Source: Waxwing magazine (Issue IX, Summer 2016) (c. 2016 by Maggie Smith) Maggie Smith (b. 1977) is an American poet, freelance writer, and editor who lives in Bexley, Ohio. She was born in Columbus, Ohio and received her Bachelor of Arts from Ohio Wesleyan University in 1999, and then went on to receive her Master of Fine Arts from The Ohio State University in 2003. Smith served as the Emerging Writer Lecturer for Gettysburg College from 2003 to 2004 and went on to take a position as an assistant editor with a children’s trade book publisher where she became an associate editor. She left her position, however, to do freelance work. You can find out more about Maggie Smith and sample more of her poetry at the Poetry Foundation website.