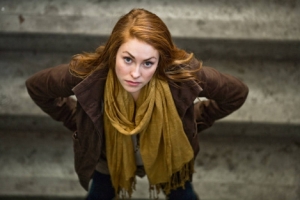 Prayer of the Day: God of all peoples, your arms reach out to embrace all those who call upon you. Teach us as disciples of your Son to love the world with compassion and constancy, that your name may be known throughout the earth, through Jesus Christ, our Savior and Lord.

I have to be honest. I don’t much like the way Jesus treats this woman. His response to her desperate plea for him to heal her ailing daughter sounds like the same disappointing comments I have heard from church people all my life. “Hey Pastor, how come we are sending missionaries, food and medicine overseas to people in other lands when we have hungry and sick people right here in our own country?” I always answer, “Jesus said ‘Go into all the world and make disciples of every nation. So what parts of ‘all’ and ‘every’ do you not understand?” Of course, these days, too, we keep hearing, “How come our church is so involved in trying to resettle refugees in this country? We can’t afford to take on all these outsiders and their problems.” And I always reply, “Don’t sweat it. We work for Jesus-you know, the guy who fed five thousand people with a few loaves of bread and some fish? He’s got it covered.” As tiring as it is having to keep on answering these same old, tired objections, it is even more exasperating hearing them in the very mouth of Jesus. “I was sent to the lost sheep of the house of Israel. It isn’t right to take the bread of the children and throw it to the dogs.” To the mother of a suffering child-that’s cold.

I don’t know what was happening with Jesus that day. Maybe he was just weary of dealing with people and their needs, their illnesses and their unhappiness day after day, hour after hour. Maybe he finally reached  the point where he couldn’t take one more desparate person with a load of problems-and he snapped. I get that. I love my children and would give my life for them. Still, after a morning of bandaging skinned knees, mediating heated disputes over whose turn it is and picking up against an endless stream of clutter from the toy box, I am ready for a time out. So just when I think I have found a quiet moment to sit and catch my breath, one of my children comes to me in tears over a lost stuffed animal companion, the one I have already searched for and found at least half a dozen times already. And I snap. “Confound it kid, it’s your stuffed bunny. You know better than anyone else where it might be. Find it yourself and let me finish my coffee!”

Or maybe Jesus was uncomfortable being confronted by this woman of another race whose nation had a long history of hostility with Israel. Though Jesus was God’s Son, he was also the son of a Judean mother from a Judean family where he learned to understand that there are some kids you don’t hang with, some people that are not your people, some neighborhoods into which you don’t go. As a human being raised in a particular human community, Jesus had to struggle, just as we do, to see past the prejudices, racial stereotypes and fear built into us from childhood in order to recognize the beautiful image of God that resides in people who are different from us. Though it took him awhile, Jesus finally did see. And that’s the whole point. Jesus finally sees this woman, her deep need and her profound trust in him.  “Great is your faith!” says Jesus.

That is remarkable comment. Just last week Jesus referred to St. Peter as a man of “little faith.” Peter, the chief of the Apostles, the one who was to hold the keys of the kingdom. Several times in Matthew’s gospel Jesus chides the twelve disciples for their “little faith.” So when Jesus says to this woman, “Great is your faith!” that really means something! I can’t help but believe that there was more to this conversation between Jesus and the woman than the gospel gives us. I can see this woman running after Jesus as he dismissed her and turned away. I can see her jumping in front of him and shouting, “Just a minute here ‘Son of David.’ I know the God you worship is bigger than just  ‘the house of Israel.’ I know that this God of yours means for Israel to be a blessing to all nations-even mine. And I know how you fed five thousand people with just five loaves and two fish-and you had twelve baskets full of leftovers. So don’t tell me you can’t spare a few crumbs for my little girl! I’m not taking that lame excuse from you, Son of David.” I can also see Jesus-after picking himself up, dusting himself off, commending the woman for her great faith and speaking the word of healing for her daughter then turning to the twelve and saying to them, “Now that’s what I’m talking about. That’s faith!”

There is one other place in Matthew’s gospel where Jesus recognizes “great faith.” You can read about it in the 8th Chapter of Matthew’s Gospel. Matthew 8:5-13. A Roman commander came to Jesus when his servant was dying. Like the Canaanite woman, the commander was not an Israelite, had no claim on Israel’s God or Israel’s messiah. Worse, he was a leader of the hated Roman occupation force that ruled Judea with an iron fist. He had no reason to think Jesus would have anything but contempt for him. Yet knowing all of this and knowing that, with all his power, with all his influence and with all the troops at his command, there wasn’t a thing he could do to keep his servant alive, he came to Jesus. “Wow!” said Jesus. “Nowhere in all of Israel have I found such faith!”

Interesting, isn’t it, that the greatest examples of faith seem to come from outsiders, from people who don’t belong, from people who have no right ask anything of Jesus. Jesus is forever challenging our ideas about who belongs and who doesn’t, who deserves to live under the reign of God and who doesn’t, who is one of Jesus’ sheep and who isn’t. When I read this story about the Canaanite woman and her “pushy,” tenacious faith in God’s “yes” lying behind what appears to be a firm “no,” I can’t help but be reminded of all the heroes of faith who have pursued the promise of God’s redeeming love in Jesus Christ despite, rather than because of, the church’s teachings and practices. I think of our sisters and brothers form the LGBTQIA community who steadfastly remained in a church that consistently made clear to them that they and their gifts were not welcome. I think of persons of color who struggle daily fitting into and seeking transformation of a church like mine that is overwhelmingly white in more than just demographics. I think of the many people I know who have been wounded by the church yet refuse to allow their pain to drive them away from its Lord. Jesus’ refrain fairly rings out in these examples, “great is your faith.”

Here is a poem by Georgia Douglas Johnson who, like the Canaanite woman, “battered the cordons” to “travel the immensity.”

Your world is as big as you make it.
I know, for I used to abide
In the narrowest nest in a corner,
My wings pressing close to my side.

But I sighted the distant horizon
Where the skyline encircled the sea
And I throbbed with a burning desire
To travel this immensity.

I battered the cordons around me
And cradled my wings on the breeze,
Then soared to the uttermost reaches
With rapture, with power, with ease!

Source: Words with Wings: A Treasury of African-American Poetry and Art  (HarperCollins Publishers Inc, 2001). Georgia Douglas Johnson (1880-1966) was an African American poet and musician associated with the Harlem Renaissance. She was born in Atlanta, Georgia and lived for much of her childhood in the town of Rome. She excelled in reading, recitations and physical education. Johnson also taught herself to play the violin. Her love of music is expressed in her plays, which make distinct use of sacred music. Johnson graduated from Atlanta University’s Normal School 1896. She taught school in Marietta, Georgia until 1902, when she left her teaching career to pursue her interest in music, attending Oberlin Conservatory of Music in Ohio. After studying in Oberlin, Johnson returned to Atlanta, where she became assistant principal in a public school. In 1903 she married an Atlanta lawyer ten years her senior. Her husband was somewhat less than supportive of her musical/literary career. Nonetheless, Johnson began writing poems in earnest during this period, dedicating two of them to her husband. The couple moved to Washington DC in 1910 where Johnson continued her writing and served as organist in her Congregational Church. Johnson published a total of four volumes of poetry. She was nationally recognized for her poems collected in The Heart of a Woman (1918). There she explores themes for women such as isolation, loneliness, pain, love and the role of being a woman during her time. You can read more about Georgia Douglas Johnson and sample more of her poetry at the Poetry Foundation website.