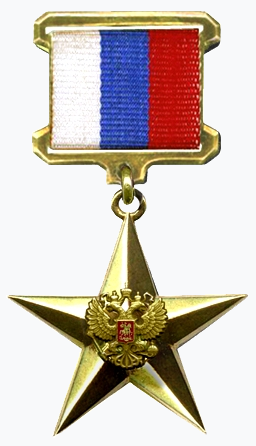 This week Senate Majority Leader, Mitch McConnell was awarded a Hero of the Russian Federation medal, the highest honor bestowed on Russian citizens. Though the medal is usually awarded to Russians, a spokesperson for Russian President Vladimir Putin explained that “We have always regarded Mr. McConnell as one of us.” Mr. Putin himself presented the medal at a special ceremony in Moscow. “We could not have won the 2016 election without your loyal support,” Mr. Putin told a cheering Duma. “You have more than earned the honorary title, ‘Moscow Mitch.’” The Russian leader pointed out that Mr. McConnell’s resistance to the Obama administration’s request to launch bipartisan interference with his country’s generous assistance for America’s 2016 presidential election was instrumental in “giving us the best United States president Russia ever had.”

Upon his return to the U.S., Mr. McConnell was swarmed with reporters questioning the propriety of his acceptance of the medal. Mr. McConnell lashed out at what he termed “the McCarthyism of the left wing media.” Brushing off an inquisitive press and criticism from his colleagues in the Senate, the Senator replied, “This is what we’re up against with the hard left today in America. These people are lying, lying when they dismiss the work that I’ve done to secure our democracy for real Americans against that congressional “squad” of radical socialists who are only fake Americans. They’re lying when they insist I have personally blocked actions to protect American freedom. Those idiots don’t even know what freedom is! I know first hand what it is like to lose your freedoms. My state of Kentucky has been the victim of tyranny under liberals for decades. Since the 1960s, activist liberal judges have been imposing their perverse ideas of racial equality on our people, robbing real Americans of their drinking fountains, their lunch counters and parks. I’ll do whatever it takes to protect America from more injustice like that and support the president in making it great again, like it was before all this nonsense started. We joined with the Russians against the Nazis in World War II and we will join with them again against the Democrats.”

Many congressional leaders, including a few Republicans, pointed out that Mr. McConnell had not received authorization from the president or his national security staff before attending the presentation ceremony in Moscow. “Nonsense,” replied a spokesperson for Mr. McConnell. “Mitch would never have taken this trip without his president’s approval. Mr. Putin has been supportive of the Senator’s visit from the get go.”